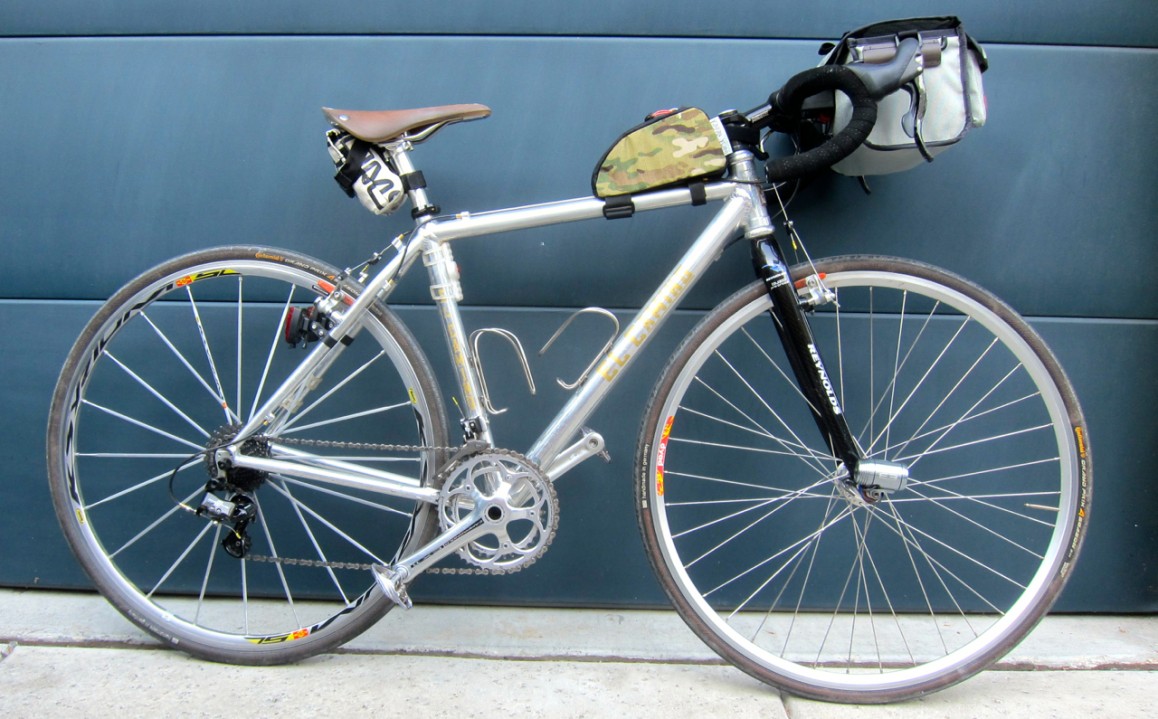 With the Santa Cruz Randonneurs’ 2014 California Central Coast Randonnée looming before me, I’ve been slowly ramping up preparations for my longest ride to date — 1000 kilometers.

The first thing I wanted to get squared away was my gear, with my bicycle being at the top of the list. While I had built up my rando-specific bike last year (which served me well during my second full series and many other rides), I debated whether I should switch to my El Camino CX bike (which I had used for most of last year in a rather kludgy set-up.) I was in the process of rebuilding my Ocean Air (trading in the Campy Athena triple group for Shimano Ultegra compact 11-speed) and my CX bike was much lighter. And after completing a few brevets on my CX bike, I was once again seduced by the allure of weight-weenieism. So after much hemming, hawing and other mental shuffling-back-and-forth — the El Camino won my internal battle and I started to prep it for the event. I just needed to make a few tweaks to get it ready: I borrowed a generator hub-equipped front wheel from my friend Martin; borrowed a Supernova headlight that fits onto the skewer from my friend Alfie; broke in my new Brooks Cambium C17 saddle with some long training rides; acquired a new Paloma handlebar bag from Swift Industries after investigating some other bags owned by other randos (Martin had lent me his Revelate saddle bag but decided I’d rather the bike be front-loaded); also bought an Oveja Negra Snack Pack for my camera; mounted some new Cygolite taillights on the seat stays. So while I feel a bit guilty leaving my rando steed behind, I hope I’ve made the best choice — I’ll be able to say for sure at the end of the ride (and I’m crossing fingers that I finish successfully!)


Here’s a rundown of the other stuff I’ll be carrying: It’s a pretty minimal list, but I’m aiming for the less-is-more, super-streamlined approach. Plus we’ll be close to civilization for most of the time, so I’m guessing I can find whatever else I may need on the road. Gotta remember to bring a pen, too!

Up next: drop bags, then food.