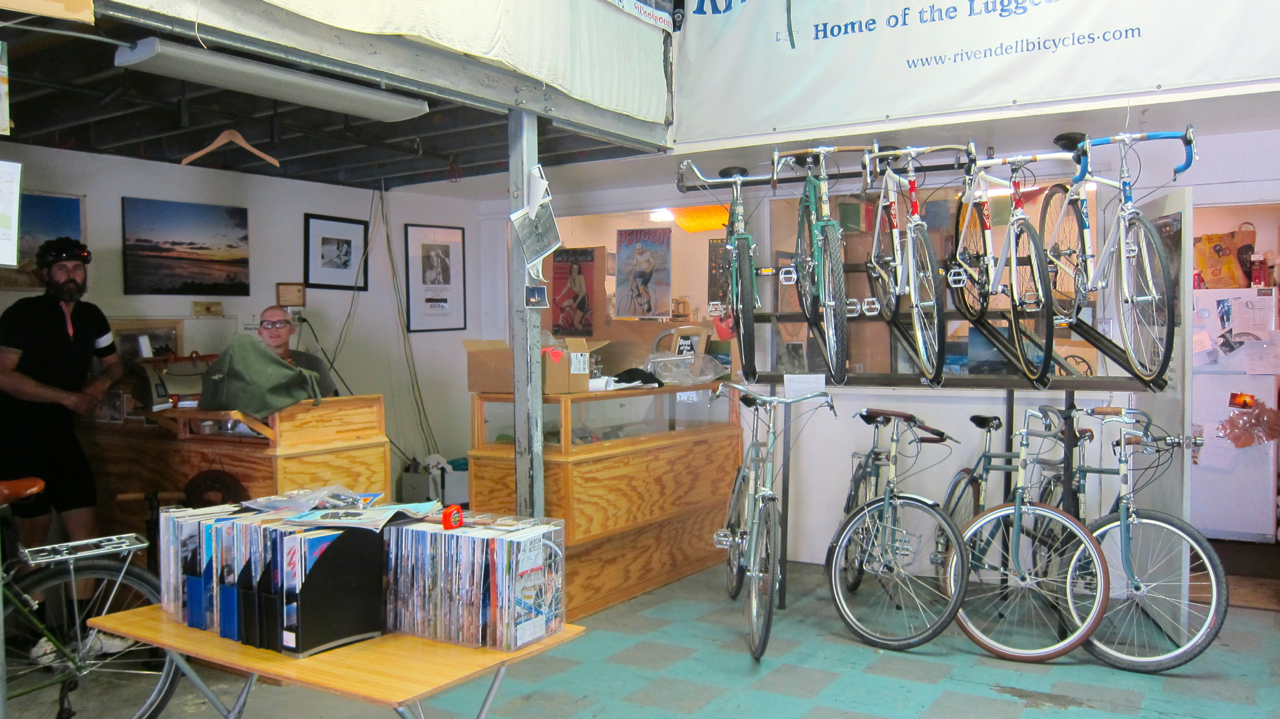 I didn’t take a lot of photos on today’s permanent, a 68-mile ride that stops at Rivendell Bicycle Works in Walnut Creek, because it was tooooooooo damn hot. (It was 95 degrees when we rolled up to the bike shop just before 1PM. I seem to possess a knack for choosing the most sweltering day of the week to do rides.) When the thermometer goes above 85 degrees, I turn into a cranky, whiny, sweaty, salt-encrusted mess. So I was just happy to be slowly turning the pedals, much less documenting our journey, but I still was able to enjoy this fun route.

It starts off near Fruitvale BART; it’s an open-ish control, as you can choose between any number of establishments in the transit center, but the beignet joint aptly named “Powderface” is highly recommended. Then you cruise along Embarcadero, pass by downtown Oakland and head north to Berkeley, where you hit an info control on the Cal campus. After climbing up Euclid up to Grizzly Peak (which is now freshly paved, yay!), you bomb down Wildcat. From that point on, it’s the usual mix of streets and bike paths to get to Walnut Creek. On the return, you climb up Pinehurst and Redwood, along with Seven Trails and Lake Chabot Roads, before hitting the Alameda Country Bike Trail #5. We’d never ridden this scenic path that runs along San Leandro Bay and takes you through the Martin Luther King Jr. Regional Shoreline Park. And then you’re back in Fruitvale! (The other highlight of the day was winning the city limits sign sprints contest with TBO; what I lack in speed I make up for in smart tactical strategy…)