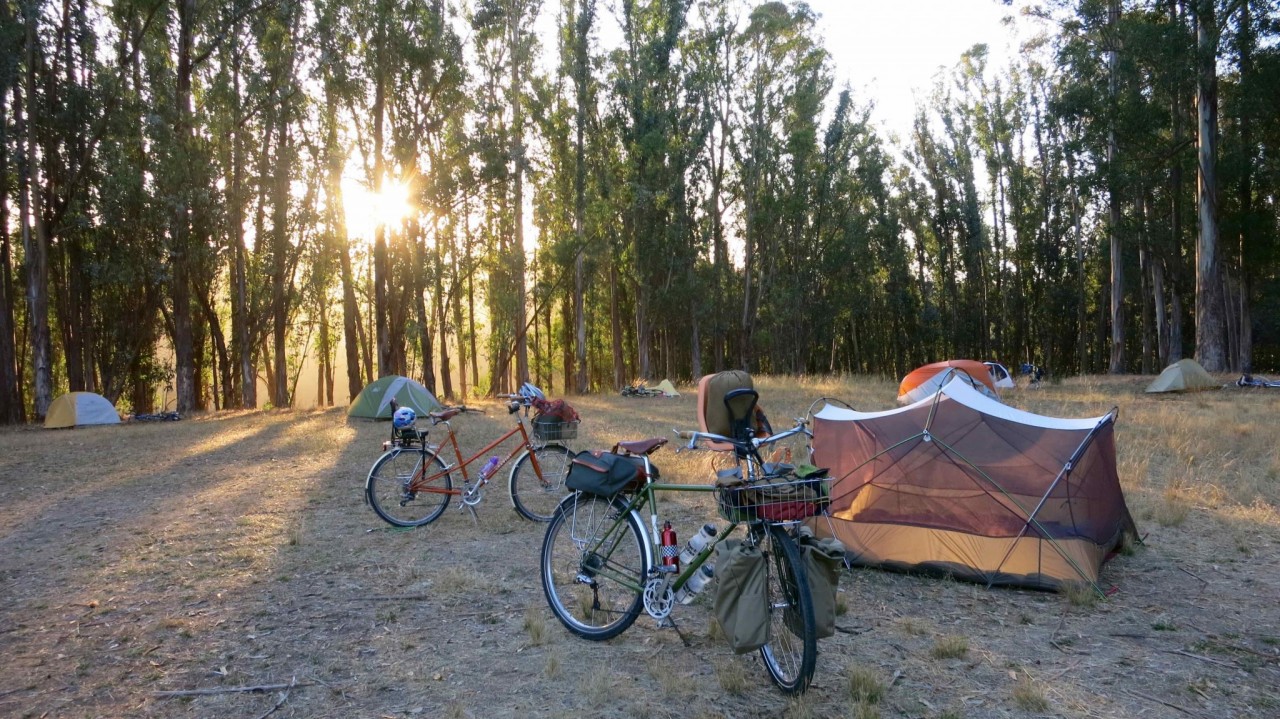 Seattle-based bag company Swift Industries organized a worldwide “Summer Solstice Campout” this weekend, aka #swiftcampout, that inspired folks to get together for some fun outdoors adventures on the longest day of the year. Jenny, Sean and Manny (employees and fans of Rivendell Bicycle Works) secured a scenic spot at Lake Chabot for 50 friends. Emily led a mellow “not-Manny” ride, while Manny plotted a route that followed his weekly “Taco Tuesday” trails. TBO and I couldn’t stick around as our Iko’s under the weather at the moment — but we had fun on our 30-mile mixed terrain jaunt in the East Bay Hills and hanging out with folks for a few hours afterwards!