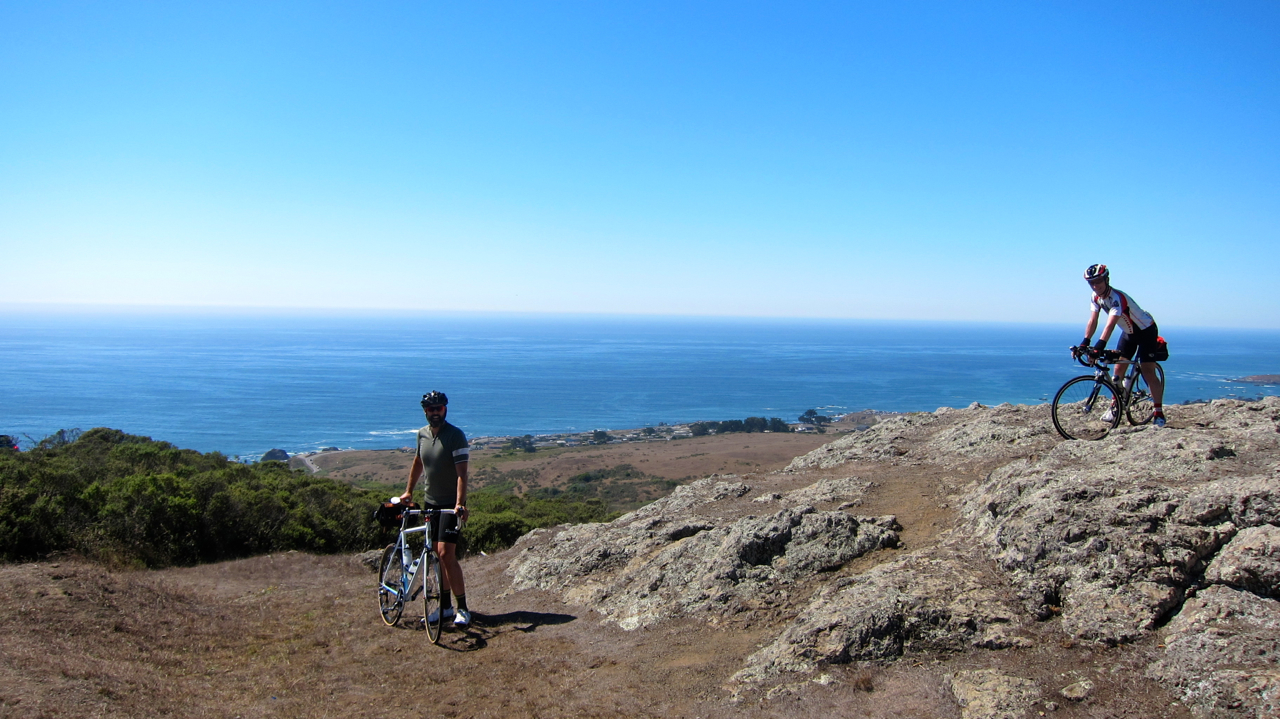 It’s just three more months until I earn my first R-12 award! Although I knew I was going to be in for some pain and suffering riding Sarah’s “Marin Sonoma Ramble” 200k permanent on my road bike with standard gearing — as it’s 125 miles with over 9000ft. of climbing — the figure-eight loop would take me to some uncharted territory (and I’m always thrilled by the prospect of traveling to new areas.) Patrick and The Bearded One joined me and as they’d be going at my pace, they took the opportunity to enjoy beers at each control — so it was a pleasant booze cruise in the sunshine for them!

The new climbs for me included: Lucas Valley, the “Marshall Wall” (which wasn’t as bad as I thought it would be) and Coleman Valley Road (although the 90-degree heat gave me a severe migraine and wore me out; thank goodness Patrick had some ibuprofen on hand.) The last one nearly did me in, but the views of the ocean afterward were my reward. (And I believe I said, “I’m putting a triple on this bike,” immediately afterwards.)

We were making good time and were hoping to finish around the 10-hr. or so mark, but a downed power line just after Red Hill delayed us for two hours as the road was blocked off to traffic. (And there was a smashed car, tangled up in the cables, that had gone into the embankment — so I’m hoping no one was seriously injured.) Since riding back to Petaluma and finding an alternate route was not an appealing option, Patrick and I decided to go back up the hill just a bit and sneak into the adjacent private property cordoned off by barbed wire. We found a fire road and made our way down and around the scene of the accident. (TBO up ended up going another way, got lost, had a slashed tire and managed to boot it, then it took him a while to get reunited with us.)

But we blazed back to San Rafael and arrived at the Safeway just before the 12-hr. mark. Thanks to Patrick for being excellent company all day and we look forward to riding with him again!