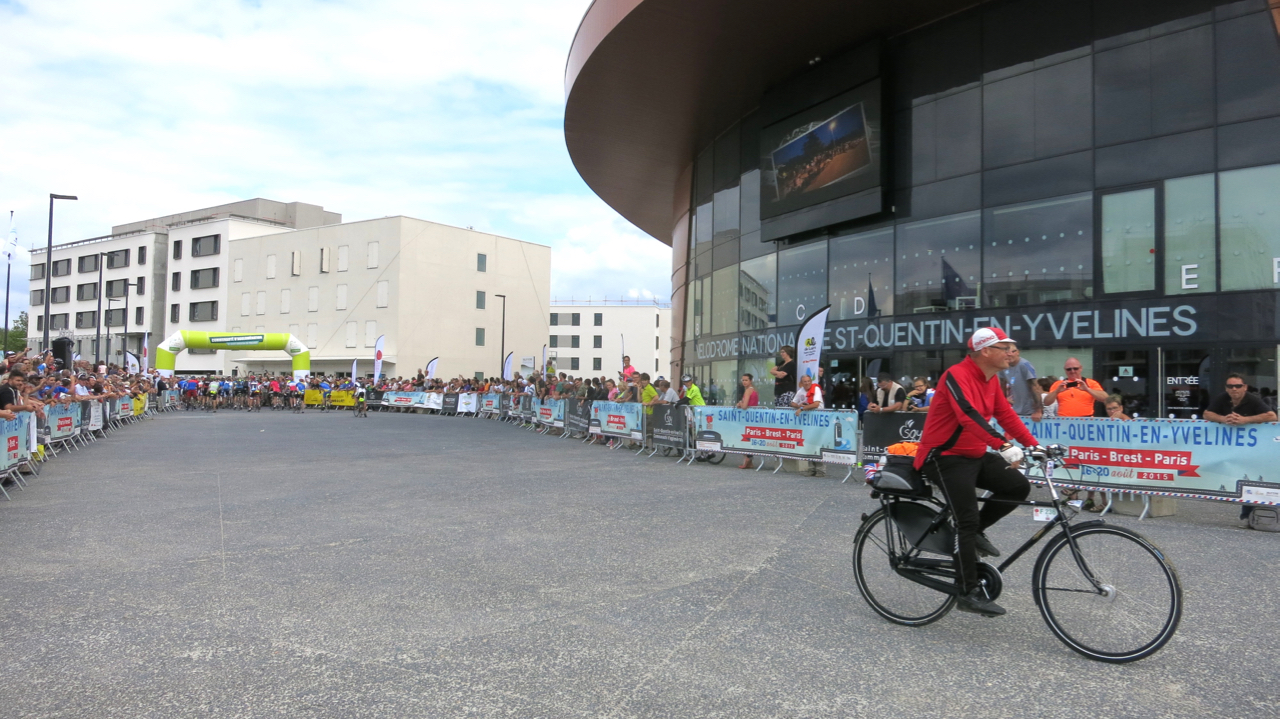 Just as Paris-Brest-Paris draws a diverse gathering of randonneurs from around the globe, it’s fitting that an endurance event that pushes individuals to their extreme limits also attracts a wild range of human-powered machines. Registrants in the “F” category — which my fellow “G” riders joked was the “Funny Bike” group — were tandems, triples, hand-powered bicycles, tricycles, all manner of recumbents, vintage rides and velomobiles riding off from the start. And there was even a small squadron of Elliptigos — their riders gently swaying back and forth as they passed by with loud whoosh-whooshing sounds — that clumped together in towering packs of two or three.

Back in 2003, a Finnish rider completed the ride on a scooter, while in 2011, veteran French rider Sophie Matter wanted a new challenge and tootled along on a Dutch bicycle decorated with flowers overflowing from her basket and panniers. And the legendary ancien Drew Buck, who once stated in an interview that he always rides “stupid bikes”, pedaled along this year on an antique 3-speed Raleigh that he had fixed up for the occasion.

Several riders observed that the Europeans gravitated towards racier, carbon bicycles with all of the modern accoutrements while the Americans and British trusted steel steeds — and the French would ride whatever they dug out of their basement. I even saw a few mountain bikes, with knobby tires still mounted on their rims, hustling down the road.


Whether or not these stereotypes are generally true, whatever helps motor you along the distance of 1230km is welcomed by the governing body of Audax Club Parisien. My personal hero was this gentleman I spotted from the Ukraine. Wearing a bright green cap, jorts, sneakers and a fanny pack, he casually cruised on a single speed using just a plastic bag dangling from his handlebars to carry his stuff. I pulled up alongside him, gave him the thumbs up and said, “AWESOME!” with a big smile. He proceeded to ignore me; perhaps he thought I was teasing him or maybe didn’t know what the hell I was saying. At any rate, this impressive dude arrived at Brest at the same time as my group, which just goes to show that in the end, it’s your spirit that will push you over the finish line.