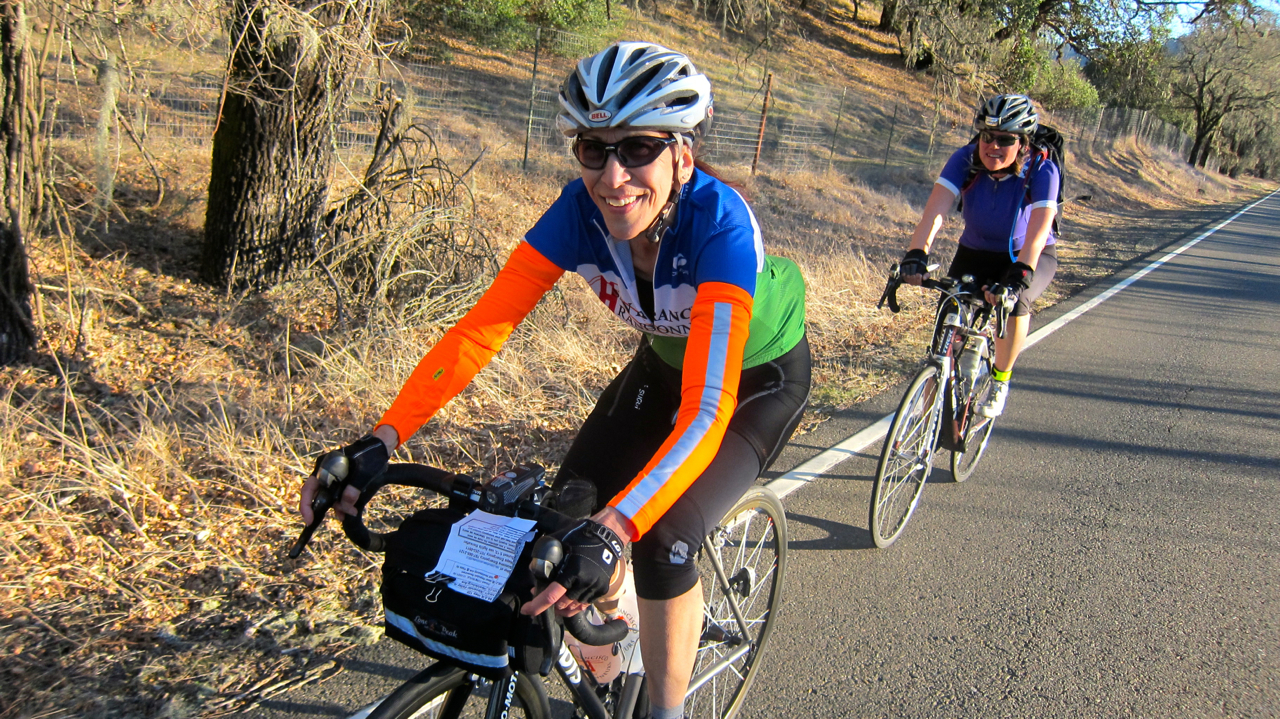 It’s another year, and I have another set of goals to aim for as I hope to ride Paris-Brest-Paris in 2015! After dealing with knee/fit issues with my CX and new randonneur bikes for most of last year — I think I finally have all of that sorted out (a blog post detailing that epic saga will come in the near future.)

I had been primarily riding my light Ti road bike in the past few months, so riding faster on today’s 200k from Healdsburg to Napa with a group on my heavier steel bike with all of the rando-accoutrements — instead of piddling along at my own pace on permanents — gave my legs a fine thrashing today. So it was an excellent jumpstart into training for this year as I hope to get another full series and the Central Coast Randonnee (1200k) under my belt (and some double centuries, too.)

To mix things up a bit, as I’m admittedly suffering from Marin burnout (which I didn’t know was possible, but it’s true), I’m going to focus on riding brevets from the other clubs in the Bay Area: Davis Bike Club (hopefully their full series); Santa Rosa Cycling Club (today was my inaugural ride with this fantastic group) and the Santa Cruz Randonneurs (with their 3CR route). But I won’t neglect my home club; I plan on volunteering more with the San Francisco Randonneurs instead!

Thanks to Santa Rosa’s RBA, Bob Redmond, for organizing such an amazing day. You couldn’t ask for better weather and company, and I enjoyed the camaraderie of so many folks on the road: Ann, Barb, Bryan, Denise, Eric, Karl, Libby, Liz, Myra, Reese, Therese and even Bob himself — who always manages to find himself riding with a big pack of ladies 🙂 ! And it was awesome seeing SFR friends at the start, on the route, at lunchtime (where we were wonderfully spoiled by the volunteers at the control!) and at the finish: the Bear Republic Brewery.