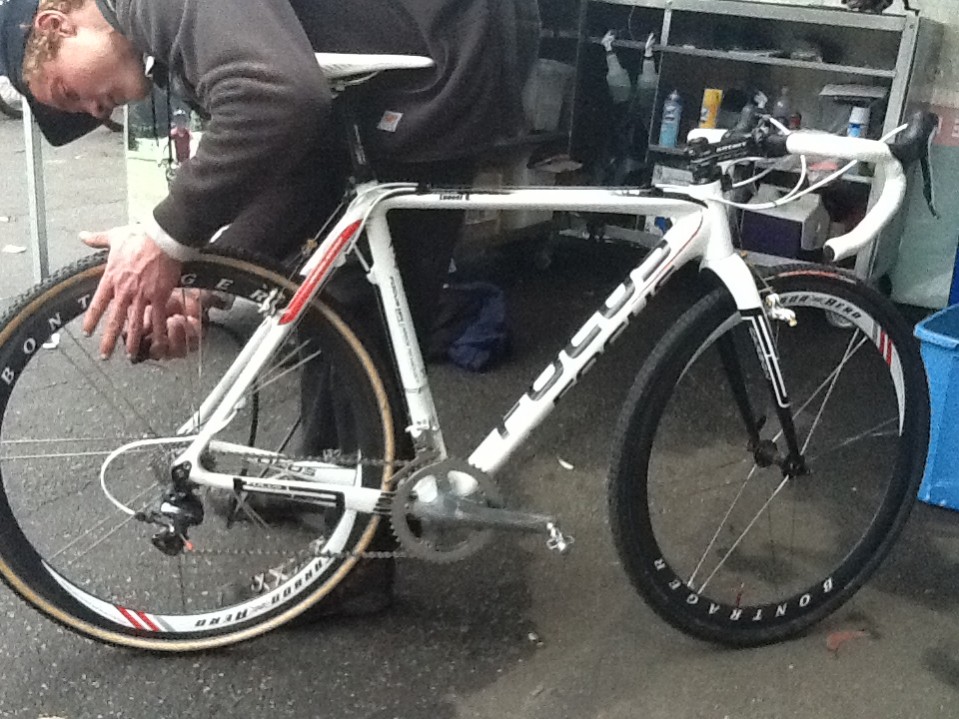 How A Stolen Cyclocross Bicycle Found Its Way Home

The Bay Area cycling community rallied again this past week to help Leonel Quinteros recover his stolen Focus cyclocross bicycle through the power of social media.

Yesterday afternoon, I received an email from Chris Bondus of Cykel SF about a stolen bike.

“My friend JB just emailed me a picture of this bike that came into his shop today. It’s definitely stolen. Would you be so kind as to pass it along to those in the know? JB is CCed on this email as he’s the guy to contact if anything comes up.”
Staticflickr
The message was from our mutual friend Jeremiah Davis, who works at Park Wide, the bike rental company in Golden Gate Park.
I replied:

“Thanks for the heads up! Jeremiah – can you give me more details? Which shop is it at and did you repossess it from someone who brought it in? Thanks! I’ll then post on FB / Google groups, etc. and see if anyone’s missing this bike.

This guy rolls by regularly at our bike rental in golden gate park for air. I’ve seen him many times and normally it’s junk bikes. He’s rolling this now. He story is off. I know where he hangs, but the bike is most def stolen.“

Jeremiah’s instincts were correct; Leonel had already been posting on Facebook about the theft: