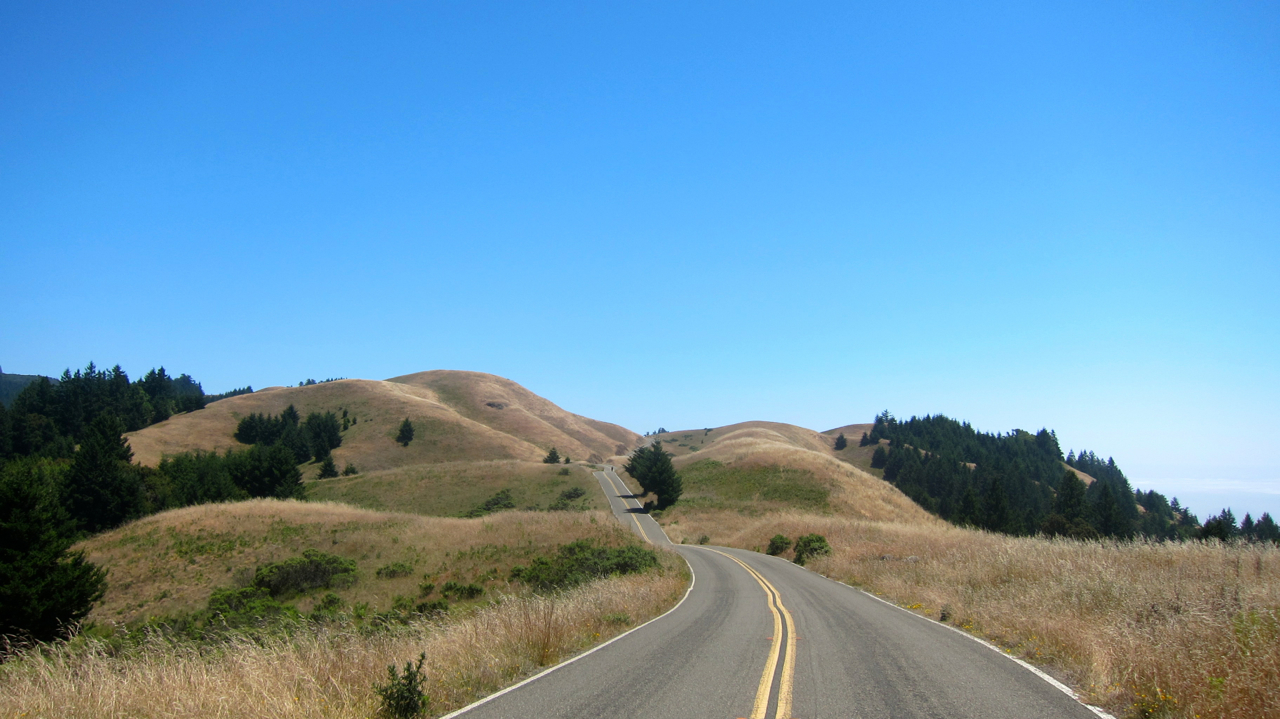 With the Davis 600k on the horizon, I didn’t want to ride too many miles the weekend before. (I’m not one of those randos that can do back-to-back 600k’s yet…and might never be!) So I chose two populaire-length permanents — one hilly and one flat — just to keep my fitness up.

Saturday: Our SFR RBA, Rob Hawks, has a 66-mile route called, “Ferry Building-Mt. Tam-Ferry Building” that leaves from SF to Fairfax, rolls past Alpine Dam, takes the Seven Sisters to East Peak, then bombs back down to Mill Valley and the city. Some Ride-On folks joined us (Bridget, Laura, Neil, Ulrika) along with their guests Krista and Evan. 5 of us finished the whole route — which was blazingly hot that day, but the views are always worth it — and celebrated with burgers back at the finish.


Sunday: Of course, I chose one of the hottest days of the year thus far to ride John Guzik’s permanent from Oakland to San Jose titled “Good Karma“! We’ve actually ridden this 64-mile route many times, but I never realized it was also a permanent until recently. Starting from the World Ground Cafe in Oakland (where we saw our friend Alan behind the counter who treated us to breakfast, thanks!), we wound our way through Alameda to the Bay Trail down towards Fremont. Then there’s some overlap with John’s “Happy Trails to You” permanent and we hit the Coyote Creek, Alameda Creek and Guadalupe River trails until we reached downtown San Jose.

With the temperatures hitting triple digits by 1PM, we took our time and stopped to fill TBO’s porteur bag with ice and cold drinks so we could try and stay comfortably hydrated along the way. Normally I’d be peeved if TBO squirted water at me from his bottles, but as it was freezing cold — it felt heavenly! (And I’m pretty sure I ended up spraying most of my water supply on myself instead of drinking it in order to cool off.) Although it felt like we were riding through a furnace for the last 20 miles, we managed to stay reasonably cool and weren’t overheated messes by the time we arrived at the finish (guess we lived up to the ride’s name and had good karma!) But the permanent’s namesake, a vegan food restaurant, would have to wait another day as we rewarded ourselves with burritos from La Victoria (love their spicy orange sauce!) On the Amtrak ride home, we happened to see another cycling friend, Matt, who works as an assistant conductor. And a friendly couple returning from a weekend holiday down in Monterey bought us two Lagunitas beers to celebrate our ride — so all in all, it was a wonderful day!