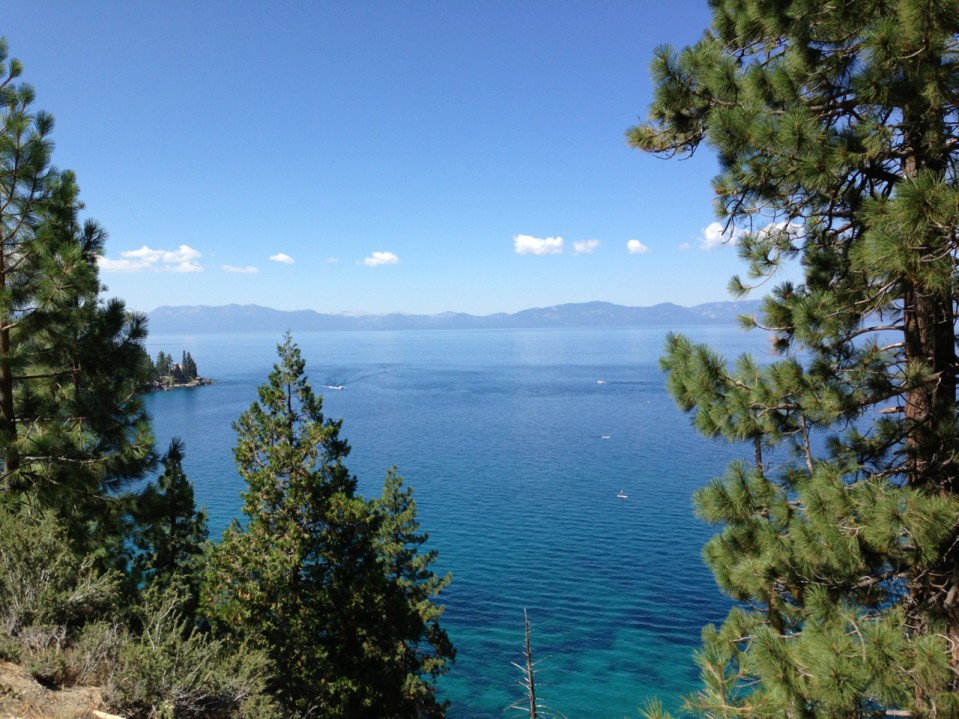 TBO and I headed up to Tahoe this weekend for a big, festive group ride with the “Asian Wheelman” crew. He used to hammer on Sunday mornings with these fast (mostly) Chinese guys (including one ex-pro) to Lucas Valley or China Camp in Marin. They’d go hard so they could get back to their wives by noon; this was back when TBO was still single, so they’d tease him that someday he’d have to do the same (except that never happened since he married me!)

About 60 of us gathered in South Lake Tahoe at 7AM this morning for the 75-mile ride. Unfortunately, about 10 minutes into the ride, one of the riders hit a nasty rut in the road — a poorly marked section was under heavy construction — and he went down hard onto the pavement. I was directly behind him but had enough time to quickly swerve left to avoid crashing into him. He was unconscious for several minutes and there was a lot of blood coming from a gash above his right eye and nose. One of our fellow riders was a doctor, so he and a paramedic who happened to be driving by helped stabilize him. Two ambulances arrived shortly thereafter to medevac him to Reno. He had regained consciousness by the time we left, so we’re hoping he’s all right.

After climbing up to the Emerald Bay overlook, we had a lovely memorial for another rider who had passed away several years ago and had been a regular leader of this annual Tahoe event.

Tahoe is swarming with summertime tourists right now and the roads were packed with tons of traffic. (TBO made the sardonic observation that it’s too bad that when you go out of town for the weekend to get away, you end up at a place where everyone else goes to getaway, too.) Along the north side of the lake, cars were at a standstill due to a bear in the road that had either been tranquilized or hit by a car. One rubbernecking driver who was too busy paying attention to the bear squeezed one of our riders into the guardrail. He ended up spraining his hand as he tried to prevent himself from getting smashed into the railing. On top of that, apparently another rider (not from our group) was t-boned by a dog that had gotten loose from its owner. He ended up breaking his hip, yikes!

Luckily, the rest of the ride went without any further incidents and we just enjoyed the gorgeous scenery as we looped around the east side. We finished with the lead group by 1PM and will join the rest of Asian Wheelman this evening for a potluck!