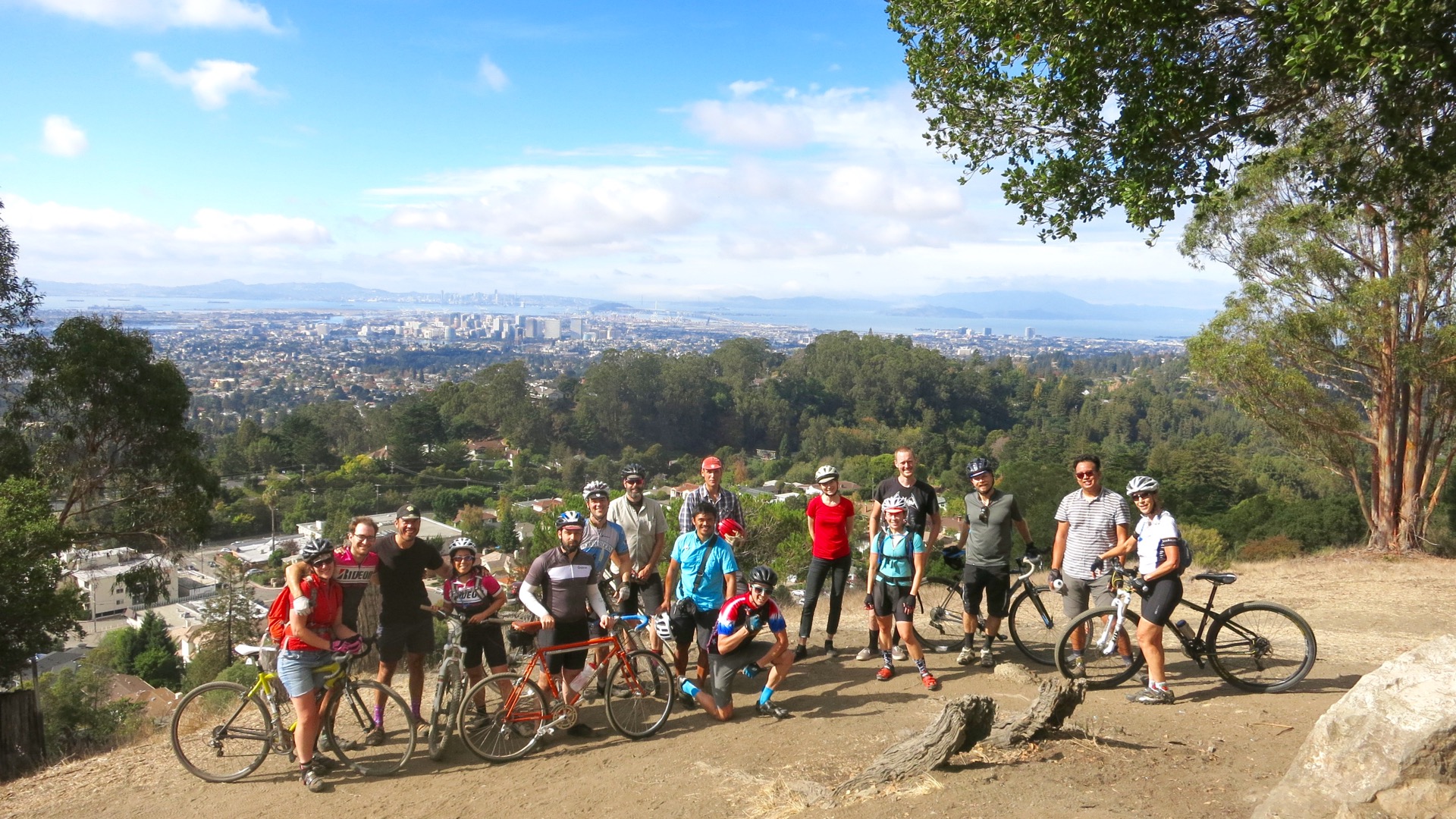 Some of our dirt-lovin’ cycling comrades from the North Bay and the city expressed interest in getting a tour of the fine mixed terrain that’s available in our lovely East Bay hills — so we were happy to oblige!

Mike Solis led the “A” is for Awesome Team, which met at the Redwood Canyon Golf Course at 9AM for this route which looped back around to the start. I led the “B” team (as in “Let’s Be Chill” group) which was a shorter, one way train to Castro Valley. We met at Peet’s on Lakeshore at 10AM and rolled out with a big crew of 16 folks (picking up May along the way.)

As luck would have it, we converged with the A Team towards the end and rolled in mostly together (a few folks did some bonus miles, others had to peel off early) to our post-ride meal at Blvd Burger & Grill. It was super fun and thanks to Mike for his co-leadership and for picking a great spot for us to stuff our faces afterwards!