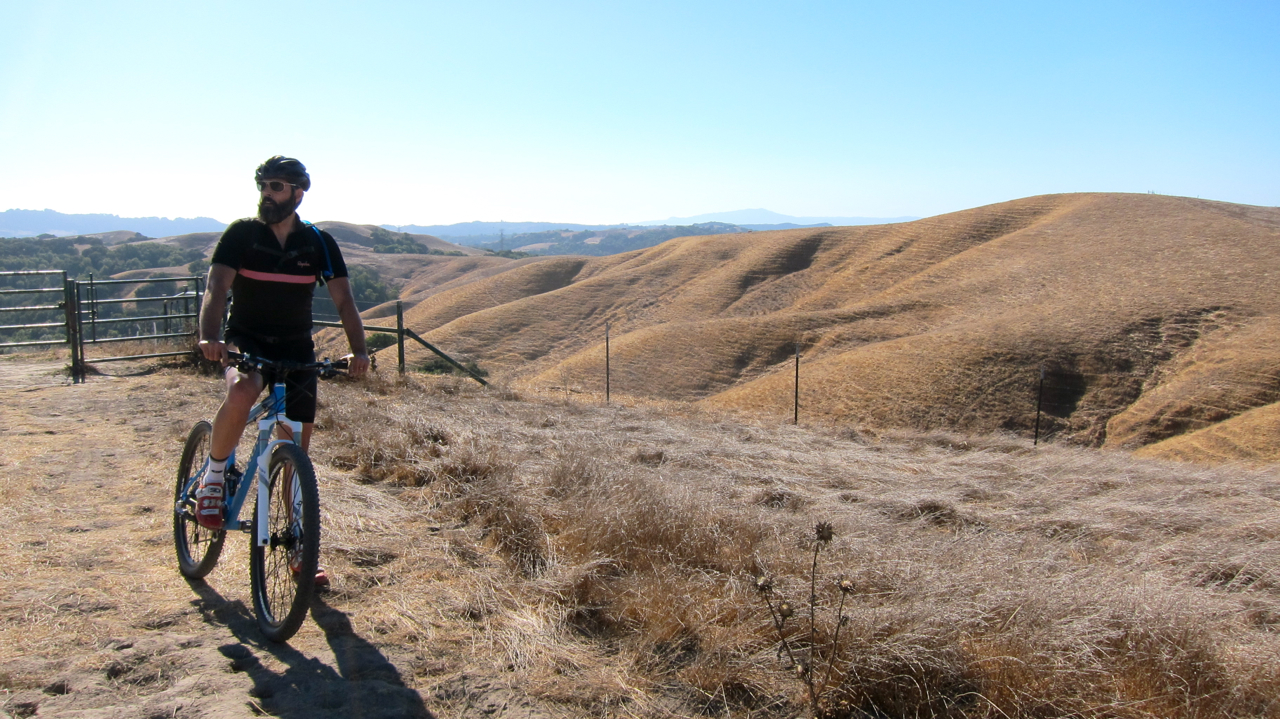 Since I wanted to stake out new mountain biking territory in the East Bay — I have a perpetually restless need to ride in areas I haven’t ridden before — TBO and I headed to Briones Regional Park today. While we’ve zoomed past the entrance countless times during Three Bears rides and briefly refueled there during a Grizzly Peak Century rest stop several years ago, neither of us had ventured in the park with our mountain bikes.

TBO wanted to do a clockwise perimeter loop, but it turned out to be a bit too ambitious for me — especially after CX practice all week and getting there from Lafayette BART via the long climb up Happy Valley Road. The first ascent up Briones Crest Trail was at least 25% grade, if not more. After much hiking on my part, we decided to turn around and hit up some easier sections.

Briones is filled with tons of short, steep climbs — which is not my forte on the dirt (although nothing really is at this point in time!) By the time we climbed up to about 1400ft., I was pretty knackered. But the views are gorgeous; you can see Mt. Diablo, Suisun Bay and endless miles of golden hills at the very top. We left at the northern entrance of the park and made our way to Pleasant Hill BART. It’ll be a great place for me to keep practice climbing and descending in the future; maybe one of these days I’ll be able to hoof up that one gnarly climb at the start of Briones Crest Trail.