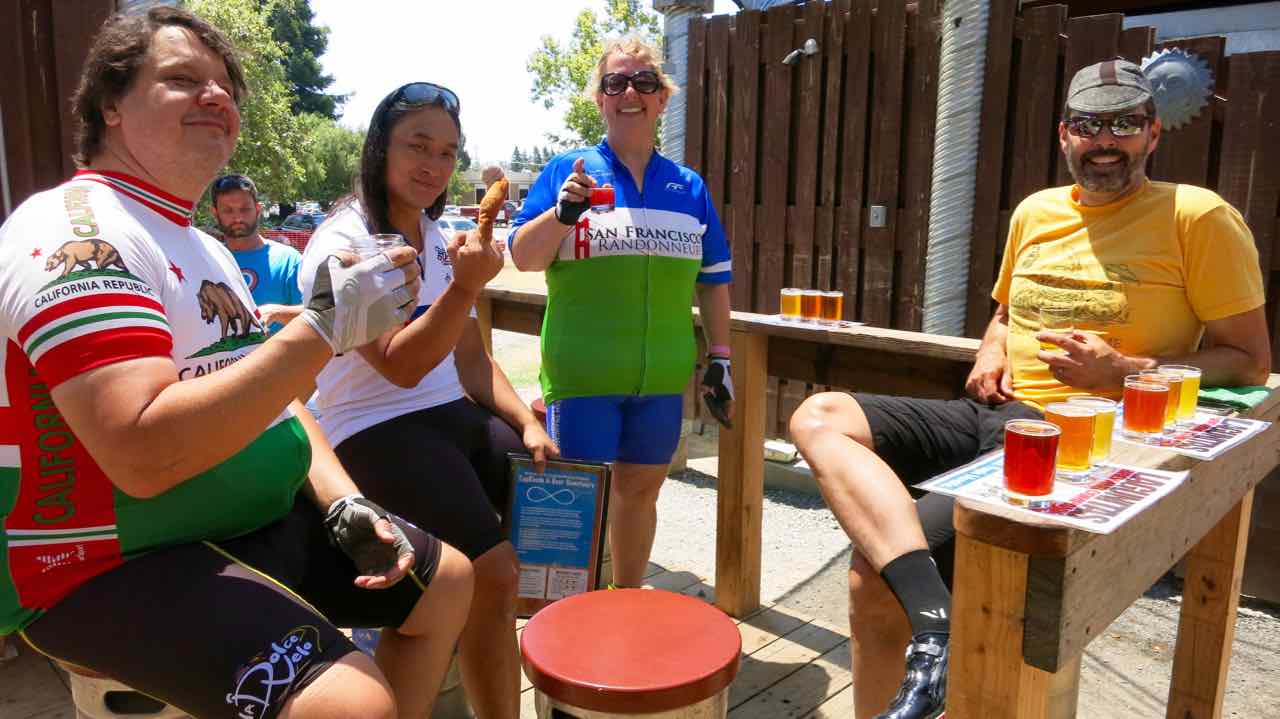 Instead of doing the usual SFR Cloverdale Double Brevet Weekend (where you choose between riding a 300/200k or 200/200k combo) — TBO and I opted to tag along with Pudu (and his one-armed stuffed monkey sidekick), Kimber and John Guzik for a mellow, beer-infused ride with lots of stops at fine breweries.

Highlights included: my first visit to Lagunitas Brewing Company (it’s always been packed to the gills when I’ve gone, but we managed to get a seat this time around. Also, John had a mechanical, so by the time it was fixed, the brewery was open — hurray!); Russian River Brewing Company (the lines were insane all weekend, so TBO ended up buying a case on Sunday and hauling the box 28+ miles from Santa Rosa on his porteur bike); Healdsburg’s classic Bear Republic Brewing Company for happy hour; and lastly, the Shed for an elegant al fresco dinner. Then we met up with lots of SFR volunteers and riders who’d finished their brevets and were hanging out at the Railroad Station Bar & Grill. TBO and I were also on the volunteer roster and manned the graveyard shift. We later had to pick up the forlorn lanterne rouge rider just outside of Ukiah at 1AM; he’d run out of tubes and was stranded on River Road. The next day, we had a fine brunch at Savvy on First (they were tremendously patient with our group of 17 hungry diners) — then backtracked yesterday’s route towards Novato, with a relaxing lunch stop at Third Street Brewery. And oh, TBO won the city limits sign sprints; Pudu and I took one apiece while he dominated the competition — even while hauling all that beer!

Kudos to Kimber for finishing her longest set of rides to date as she slowly recovers from an injury, and thanks to all for a fantastically fun weekend!