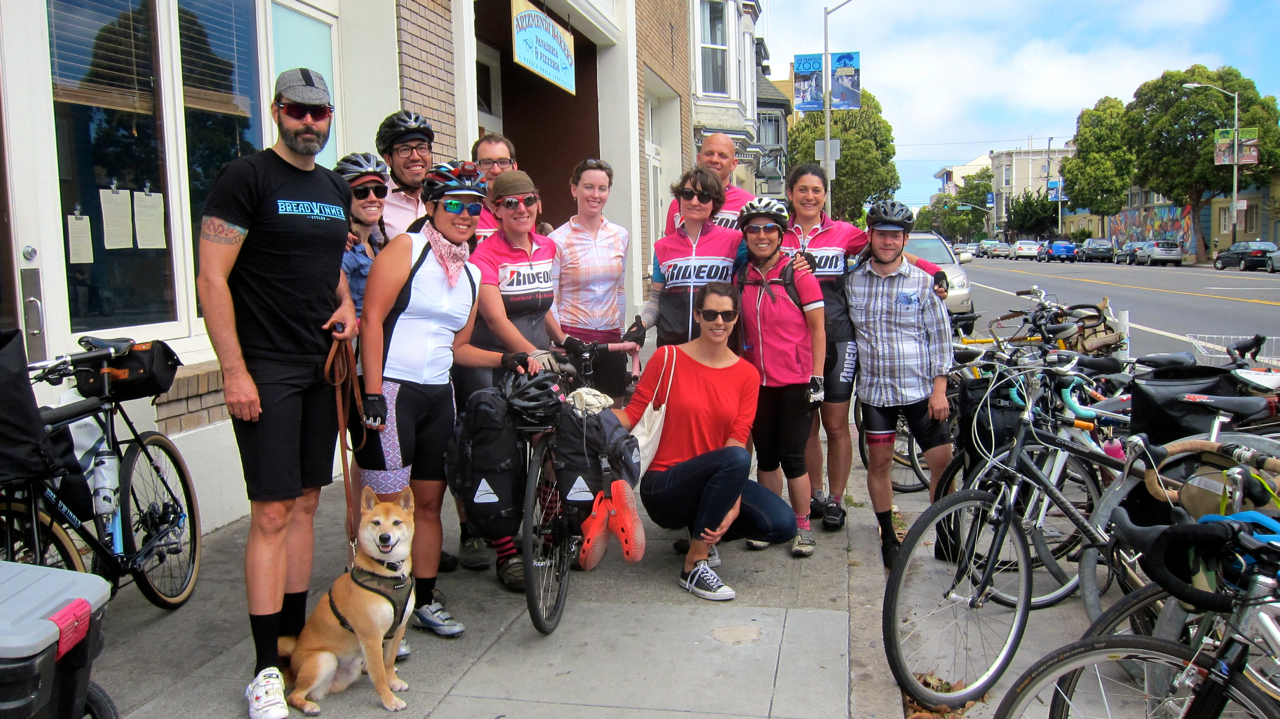 Another summer, another epic camping trip with the fabulous Ride-On crew! Chava, Daniel, Frankie, Jorge, Jumana, Justin, Kearstin, Krista, Pamela, May, Nick and TBO — with Laura sending us off at the start and Bridget rolling with us until Daly City — set off for Marie’s Farm in Pescadero! We pedaled this route via Crystal Springs, Woodside, Old La Honda (I somehow managed to pull Iko up that loooooooong road that has some steep pitches in it!), La Honda, Pescadero Road and Pescadero Creek.

Highlights included: beer stop #1 at the market while fixing Pamela’s flat; the lovely cruise past the reservoir; unctuous pastries at Robert’s Market; the dance party with fresh coffee (made on the spot by Justin) and downing a whole bottle of port at the top of Old La Honda; lying on the warm pavement with Jumana and Chava; giving swigs of port to other riders that encountered us during our dance party; climbing up through the redwoods with TBO and Iko, Keirsten and Frankie; finally descending down Pescadero Road and finding the farm; the positive energy of Lance and his farm; the dude who put the dead mouse under his hat and made May go, “Eeek!” when he did it; Chava’s delegation skills that ensured we had a lovely feast; Frankie offering folks chocolate milk and bourbon as a post-ride treat (and it was her birthday!); listening to Jorge’s 80s playlist at night, especially Guns n’ Roses; Justin and Daniel’s fine fireside cooking; Pamela’s yummy salad; cooking frozen pies in the fire; Nick’s fire skills (except for those nasty eucalyptus sparks).

Then TBO and I set off by ourselves the next morning since I had to be back in the city by 5PM for some SFR volunteers duties — I’m sure we missed a bunch of shenanigans on Day Two! 🙂