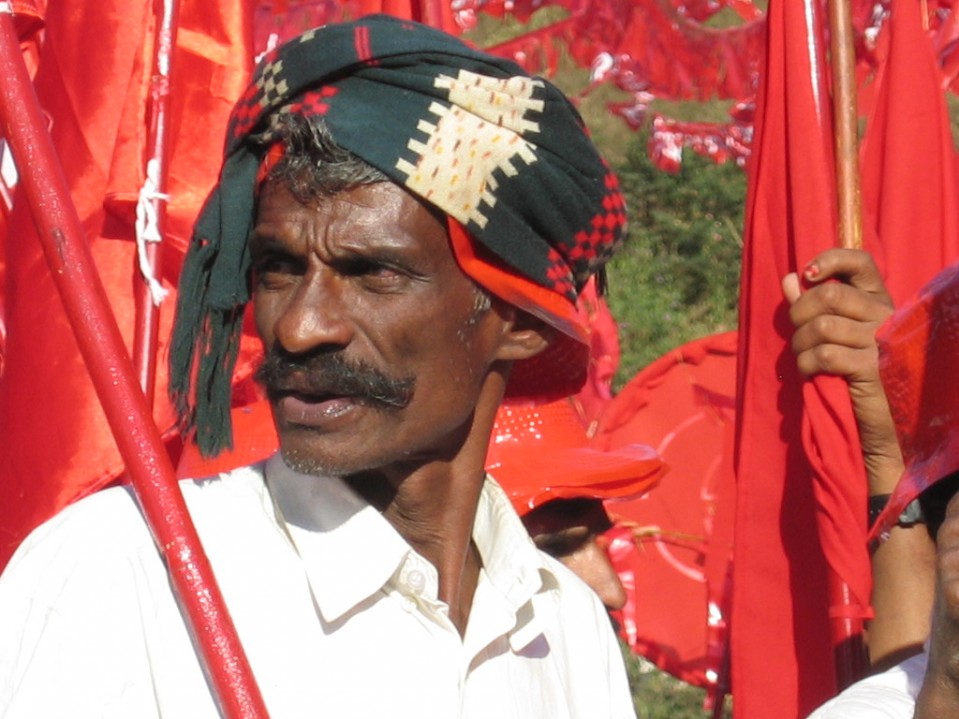 “When we reached Munnar, we discovered that a huge Communist Party rally was in full swing.”

“There were thousands of people who had been bused in from nearby villages all over the area. Munnar was decked out in red banners emblazoned with slogans and the familiar hammer-and-sickle symbol. People waved large flags and many wore red caps and carried posters of local leaders.

A huge parade proceeded to stop traffic for an hour. We saw one impatient driver that tried to edge forward through the crowds, but several men grew angry and began to pound on the hood. They forced him to back up, and there was a lot of shouting and honking. We weren’t sure if it was going to escalate into an ugly fight, but eventually the driver and the men calmed down and the parade continued.

R. & I climbed out of our car to take photos. Everyone was friendly and curious and eagerly posed for our cameras. Some women chatted with us for a bit. One girl pointed out her “several mothers” and asked if R. was my brother. Once I started to talk to the villagers, more were emboldened to approach me for a conversation and peppered me with questions. “Where are you from?” “America.” Telling them I was from the U.S. always produced a response of disbelief. “Noooo,” they would reply incredulously. “Yes.” “Nooooo.” This back and forth would continue until I finally relented and gave them the answer they were looking for. “Korea.” “Ahhhh.” Then they would smile, satisfied at last. It almost seemed as if their heads would explode from the contradiction of my answer. “She looks Asian, so how can she be American?”

—Journal Entry From My Trip to India in 2004