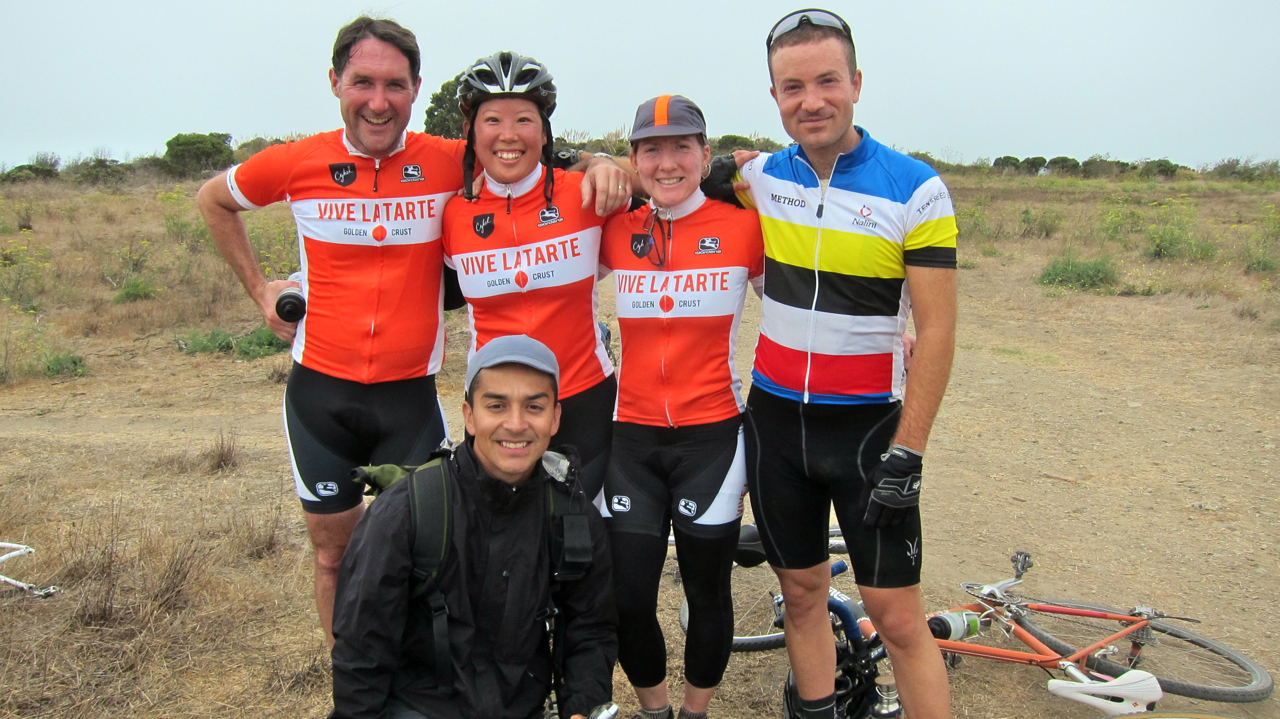 My CX team vive le tarte + Cykel dominated at the first race of the East Bay Cyclocross Series today! Heath won the men’s race, while Bridget won the women’s. Chava had flatted out in the second to last lap, so Bridget and I duked it out on the final lap. I was able to catch up to her on the final flat stretch, but she made to the last run-up first. (I refrained from employing any dirty tactics like grabbing her bike while she hiked up the hill as she is my teammate, though she admitted she tried to block me with her bike while we were scrambling up the dirt. Good strategy.) Just when we thought it was over, we were told we had another half a lap to go. By that point Bridget had already taken off, and I was already cooked from bridging up to her in the previous straightaway. So I meandered to the finish and Miss May took the honors: Bicycle Coffee, a water bottle cage and a rad jersey from Montano Velo. Then we all went to go stuff out faces with breakfast burritos at Los Cantaros, woo!