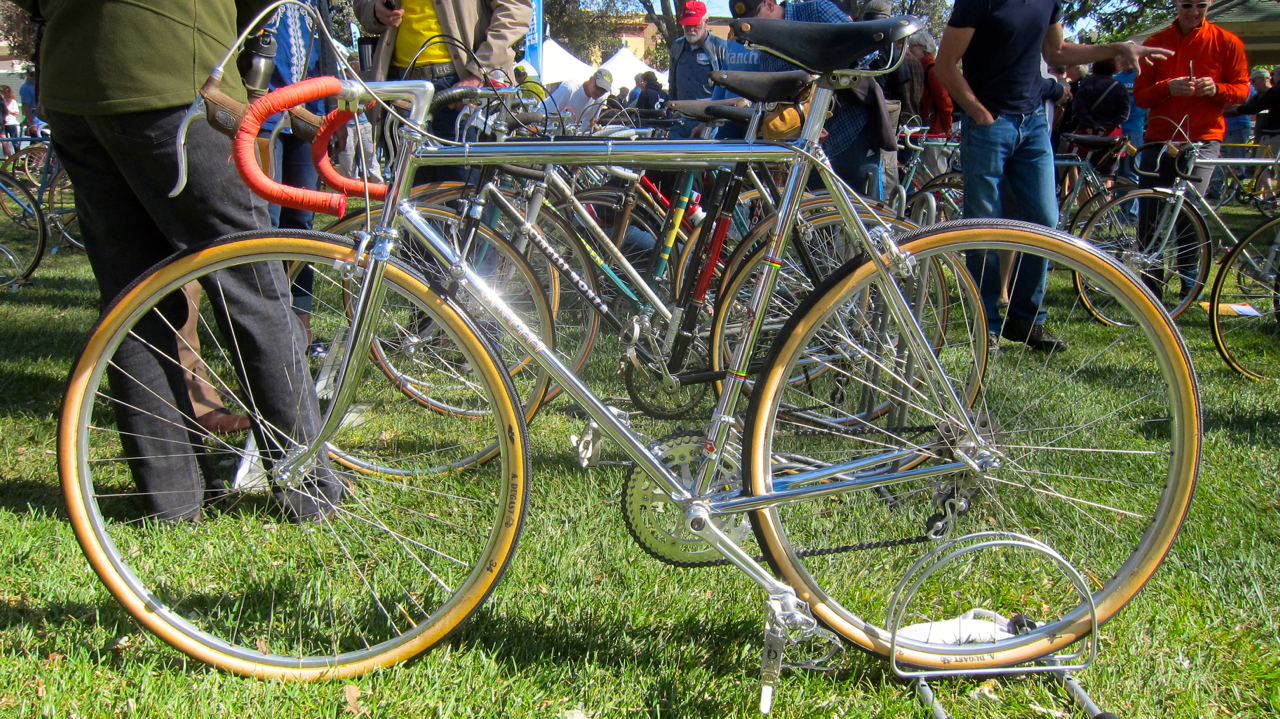 I was in vintage bicycle heaven at the first annual L’Eroica California this past weekend in Paso Robles. Ever since I first heard of this event several years ago, I’ve been entranced by the romantic notion of paying homage to the past through this cycling celebration. It’s like the Renaissance Faire for bike nerds, with folks smartly dressed in outfits that match their pre-1987, period correct bicycles. Hopefully it’s a preview of what’s to come when I finally make the journey to its original predecessor in Italy!

On Saturday, cyclists lined up their beautiful bicycles in the main downtown park so they could be admired by the crowds and judged by two members of Classic Rendezvous. (We bumped into one lucky gent who scored a pristine Masi with a full 50th Anniversary Campy gruppo for $400 at a garage sale!) There was also a small representation of vendors, including Brooks, Bianchi and local bike shops (hopefully there will be more in the future) and I managed to snag one of the lovely wine-colored wool jerseys and matching caps (the blue-and-orange California ones sold out instantly.) I also took some time out to enjoy the offerings of Firestone Brewery, Lone Madrone and Justin wineries with several randonneur friends. Later on, we feasted on tri-tip at dinner (a local specialty) and two auctions — with much of the proceeds from this and the event itself benefitting the charity Hospice SLO. Retired pro cyclist Andy Hampsten even made an appearance! (And here’s photos from the ride itself on Day Two.)